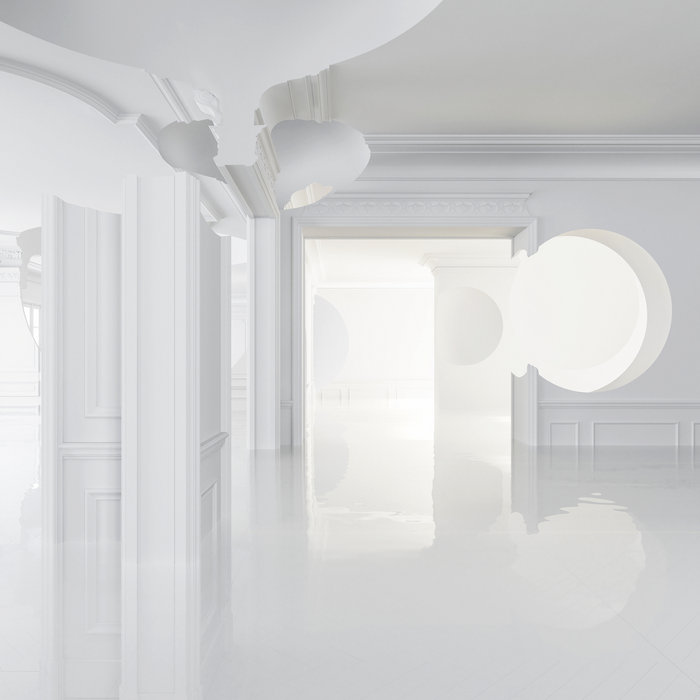 Miles Mitchell aka Mr. Mitch releases his second album ‘Devout’ in April. It’s about love, loyalty, family and the start and end of relationships, with an overarching theme about becoming a father, all delivered with warmth and emotion. Miles even sings and so does his eldest son Milo on one track. About the theme he says, “we all know the stereotype of the black dad with multiple children from multiple partners who is absent from the child’s life, we see it consistently in popular culture. I want to champion the alternative, which to me is just normal.”

As well as being a producer Miles is the co-founder of the Boxed nights, which have been a tight incubator of a music scene dedicated in the main to re-thinking and expanding what grime means, especially instrumental grime. Mitch has always taken it further than most in a unique direction, defining his music led by his own personality rather than deferring to a scene consensus. An early example was his development of ‘peace edits’ in response to the aggressive ‘war dubs’ craze amongst other grime producers, around the time of his first album.

Production-wise Mr. Mitch has always been a minimalist at heart, pushing detailed sound and melody around in space, but on Devout everything is more ambitious, emotive and polished, taking his music in an epic and well defined pop direction, albeit from a sideways angle, re-imagining what an album by an underground producer can be.

Devout’s cast of male and female allies, MC’s and singers each deliver songs that cast perspective around the album’s theme. Mr. Mitch sets the scene with the graceful honesty of the piano led intro, then P Money drops a heartfelt and emotional lyric about the charge of love and responsibility experienced on becoming a dad. Denai Moore’s song ‘Fate’ is open about being sceptical in allowing yourself to fall for someone at the start of a relationship, while Palmistry’s track ‘VPN’ explores his feelings after separation. The warm centre of ‘Devout’ is ‘My Life’s heart-tugging Sakamoto-like melody and bent keys, with Miles gently intoning “It’s yours” and final song ‘Oscar’ tells a newborn his brother will be an elder brother. Devout is a beautiful, grown-up pop record with its foundation in grime.